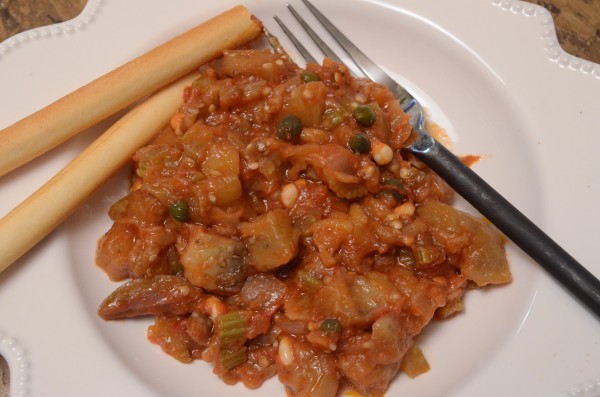 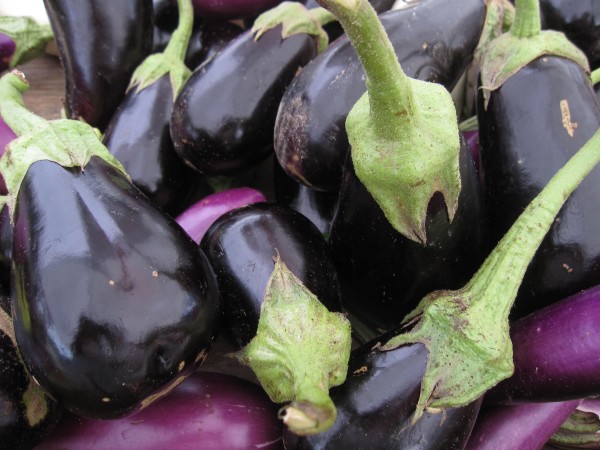 Caponata is a versatile dish.  You can serve it as a stand-alone antipasto or as part of an antipasto platter or as a vegetarian main course.  Look for smooth, glossy eggplant…although the vegetables you see above are not exactly that, having been trucked in by the grower to a farmer’s market.

Begin by slicing the eggplant then cutting the slices into cubes.  Keep the skin on.  Then line a colander with paper towels, salt the dices and set them to drain in a colander for 30 minutes.  Eggplant that has been salted and drained won’t soak up as much oil when they’re fried.  Supposedly. 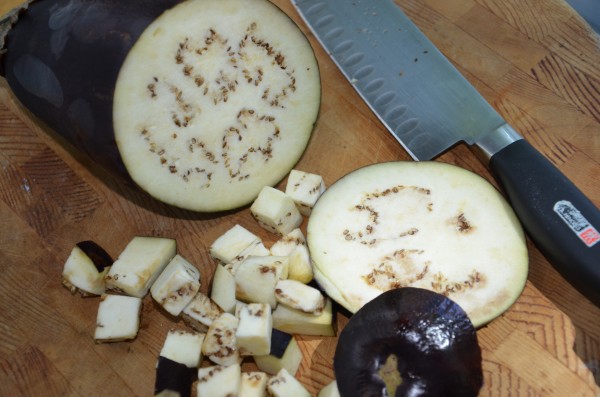 While the eggplant is draining, cook the celery and onion in a heavy skillet.  You’re making a nice flavor base now. When they’re nice and softened, remove them to a bowl. 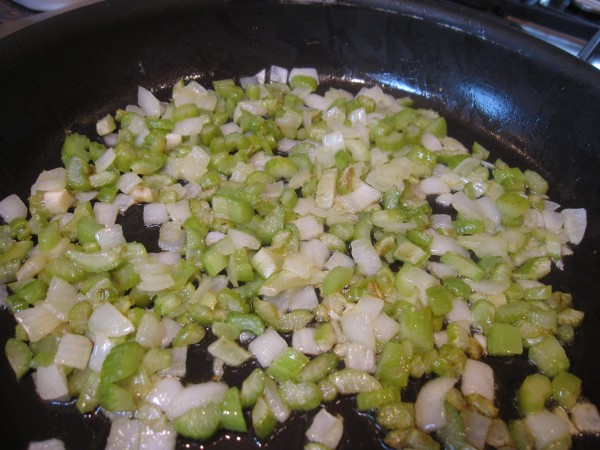 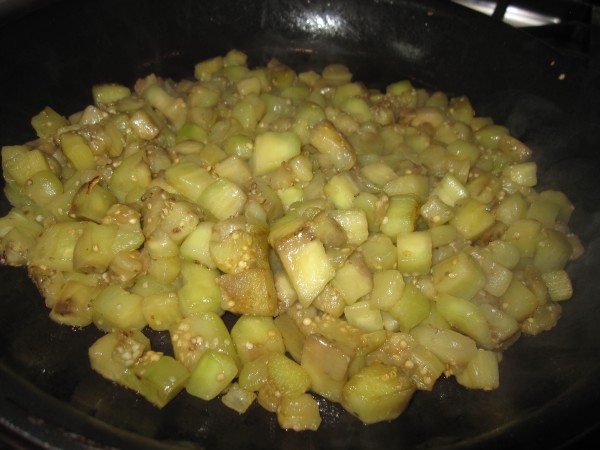 Next, turn to the Mediterranean big three:  olives, capers and anchovies. 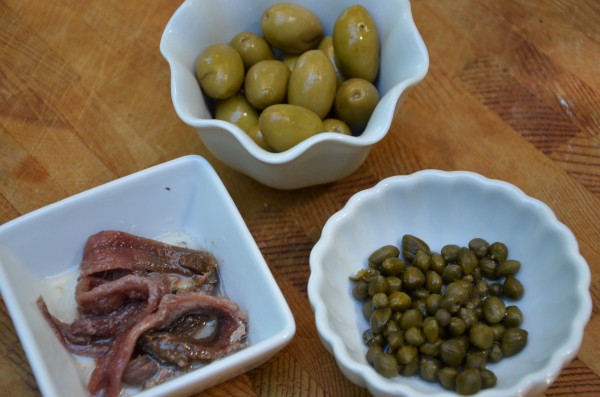 Return the onion/celery mixture to the skillet with the eggplant and add all the remaining ingredients except the pine nuts.  Bring it to a boil, then dial it down and simmer the mixture for about 15 minutes. 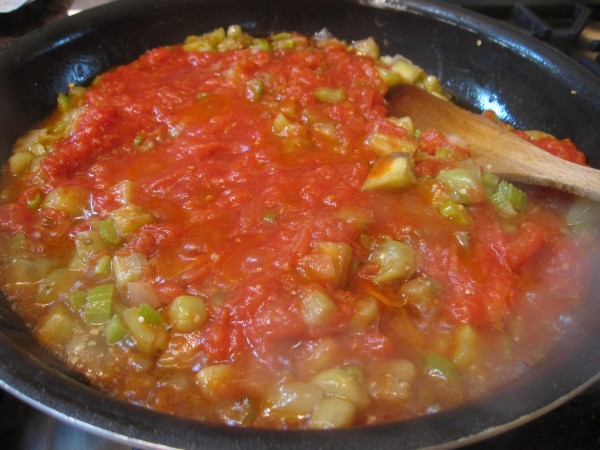 Add the pine nuts, adjust the salt and pepper seasoning and toss in a little more vinegar if you feel there’s too much dolce  and not enough agro. Let the caponata sit to room temperature or refrigerate to use later.  Either way…it’s great! 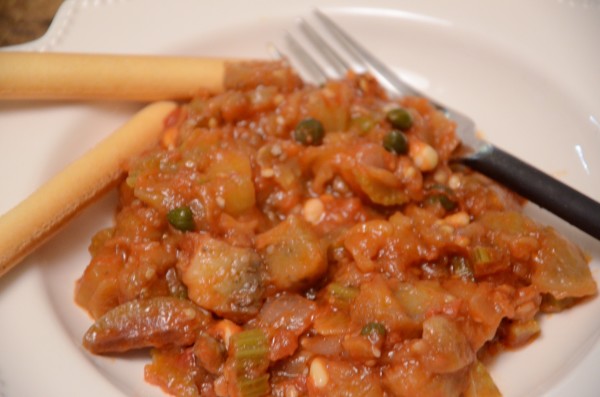 Classic Caponata for Summer or Any Season