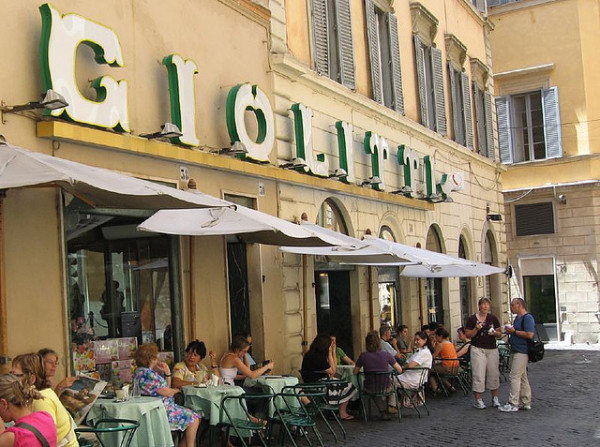 Many visitors come to Rome on a pilgrimage to two places: the Vatican and Giolitti, the city’s famous ice cream palace.  And frankly I’m not sure which holy shrine they visit first.

Giolitti is renowned for having the best gelato in town in a country that invented it. Are there other great ice cream establishments in Rome? Yes. Are they cheaper and less crowded? Yes. Do you want to miss out on a famous institution? No.

Giolitti has been in business for a hundred and fifteen years, not quite as long as the Vatican, but the hordes keep coming–day in and day out. There’s always a line and the ice cream can be pricey.  You can eat inside (boo) or at outside tables (try finding one not occupied). It’s located at Via del Vicario, 40 just near the Pantheon and has been since 1900.  Giolitti can also claim something unique for a Roman establishment: it’s open 365 days a year from 7 a.m. to 1:30 a.m.  Their cones are great and they’ll also make inspiring confections like you see below. 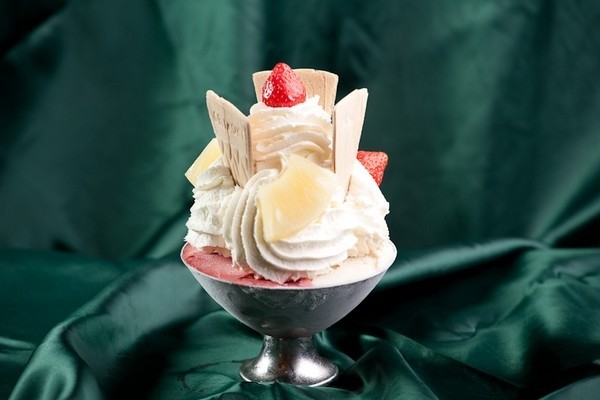 But I am not here to strictly extoll the virtues of delicious over-priced Roman ice cream. No, this post serves as a cautionary tale.  In fact, it is a tale of woe. I visited Giolitti with my daughters, one of whom loves the double-scoop combination of champagne and pear ice cream. We went through what is the usual, 3-step Giolitti drill of purchasing ice cream:

1. fight your way in through a sea of backpacks and survey the various flavors under the glass

2. approach the cashier and tell him/her what you plan to order and pay for it there

3. get in line and wait, then surrender your receipt to the barista and finally order your little piece of frozen paradise and either take a table inside or exit to enjoy the lustrous Roman environs

As we walked down the street, my oldest daughter was holding her cone by the bottom narrow part.  She took a lick and–splat! down it went onto the ancient Roman cobblestones. Moral of the story: never hold your Giolitti ice cream cone by the bottom.  But do, do, do give the establishment a try. Our next stop? The Vatican. 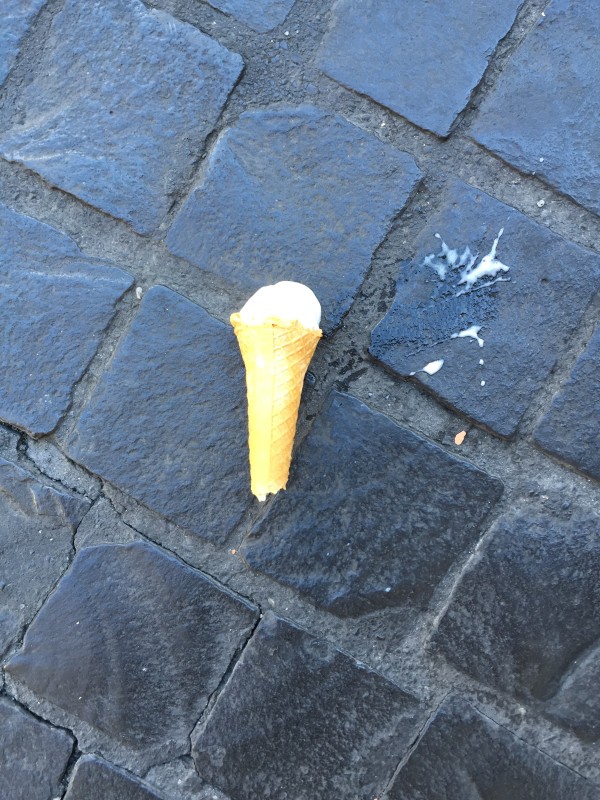 P.S. It would be interesting to know how Giolitti survived the occupation during World War II.  I know how Harry’s Bar in Venice did and you can read about it here.