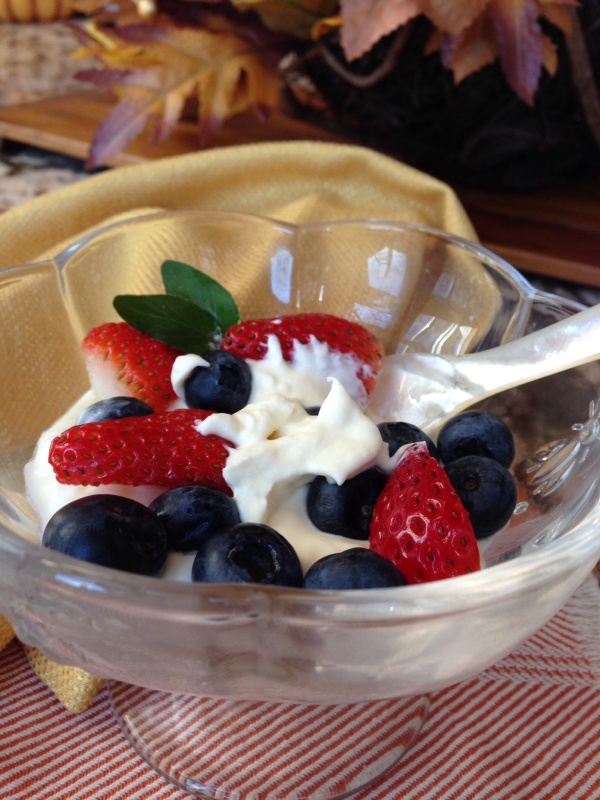 I know…crème fraîche is not Italian. But it originated right next door in France. Close enough. If you haven’t used it, try it, as crème fraîche is so versatile, it goes sweet and savory. Holiday cooking is a wonderful way to find out what it can do. Home-made crème fraîche puts the store-bought stuff to shame and saves you time and money!

A little history: the French began using unpasteurized cream that contained natural bacteria as an agent to add creamy flavor to soups, sauces or desserts. You are probably more familiar with its cousin, sour cream. Both crème fraîche and sour cream bring richness and tang to food. 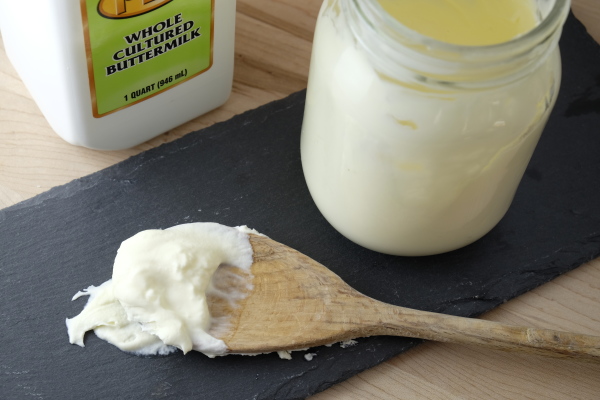 How does crème fraîche differ from our everyday sour cream?  Here are some differences:

*sour cream is made by adding a lactic acid ingredient and thickening agents to cream to enrich it and make it more sour; crème fraîche (often made with pasteurized cream) only needs a fermenting agent that holds a necessary bacteria (like butter milk)

*because sour cream contains less fat, it will curdle more easily when boiled

*sour cream is much less expensive and easier to find in stores, because it’s just traditionally more in demand in the U.S.

You only need 2 ingredients to make home-made crème fraîche: a tablespoon of butter milk and a cup of heavy whipping cream.  Put the two in a jar with a tight lid, shake thoroughly and let it sit for at least 8 hours in a pantry or on a counter. Then refrigerate. You’ll see, and taste, how thick and creamy it is. 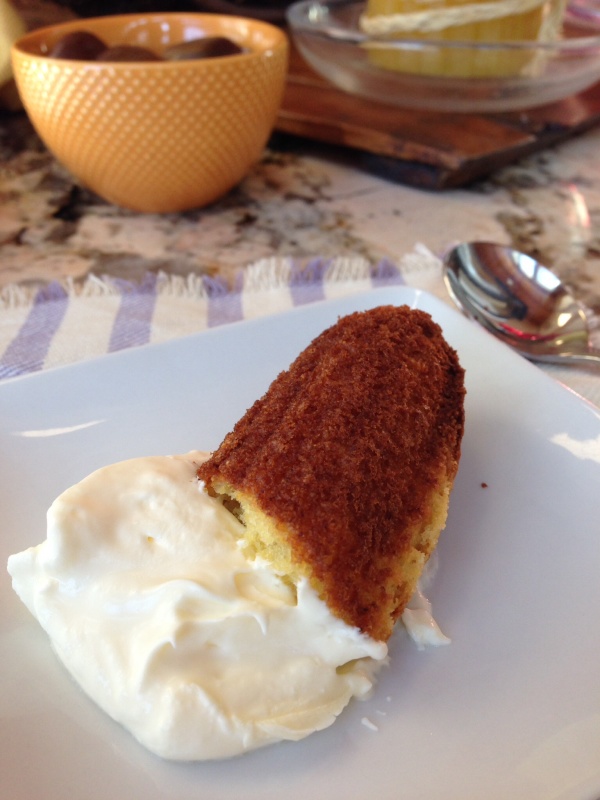 Both, however, can be used in soups and sauces and desserts.  Crème fraîche goes very well as a topping on my olive oil pound cake that you can find here.  We’ve even used it with my husband’s good-ole-boy cornbread, as you see above!

The Many Uses for Home-made Crème Fraîche

The California Milk Advisory Board lists more than a dozen different ways that crème fraîche adds sparkle and depth to dishes such as omelettes, risottos and pastas. Check it out.

One of the most famous savory dishes that uses crème fraîche is Ina Garten’s baked white fish smothered in crème fraîche mixed with mustard, shallots and capers.  I love this recipe and and think you will too.

My crème fraîche will last in its jar in the refrigerate for 4 – 6 weeks.  But you’ll probably eat it all up before then.