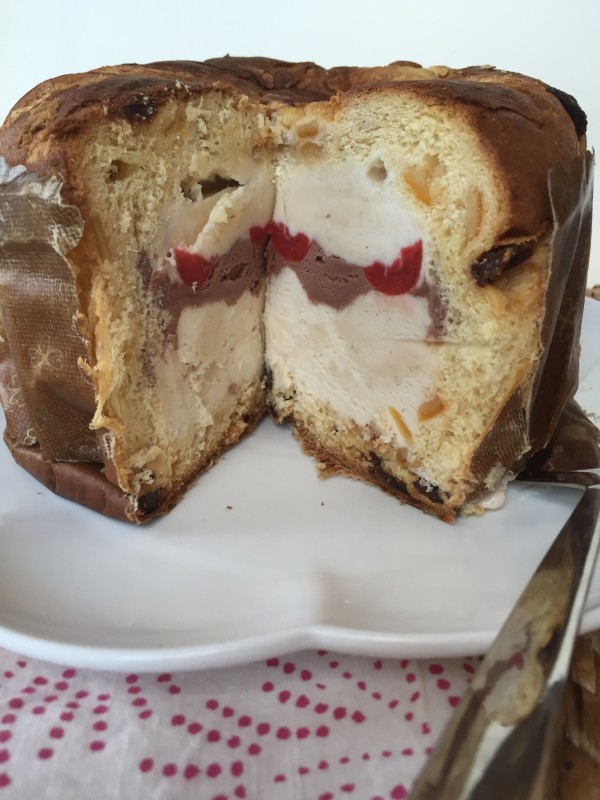 Use ice cream to enhance your panettone, the Italian sweet bread brought out for Christmas and New Year celebrations. 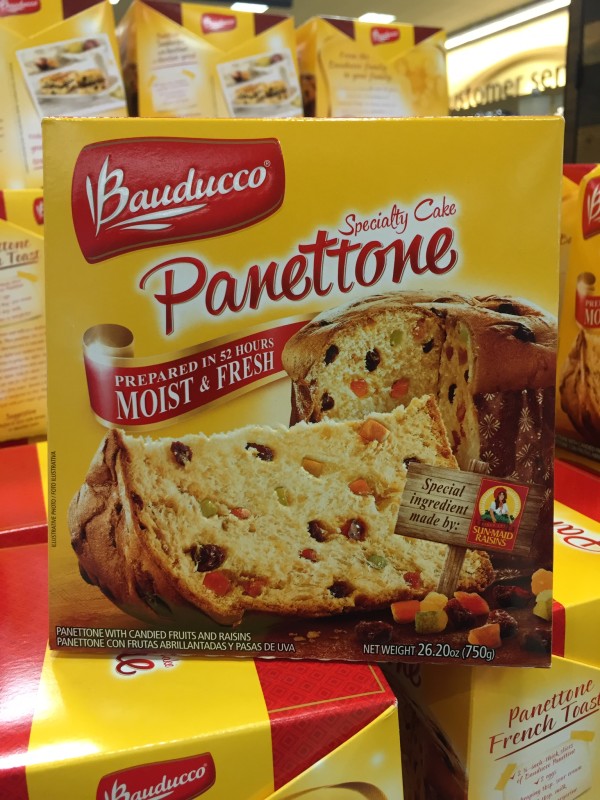 Supermarkets conveniently stock panettone, usually in enormous stacked displays, for months before the holidays. No missing that! And in case you didn’t buy one by the time the holidays have passed, you can round the corner with your cart after Christmas and run into this guy, two-dimensional Buddy, begging you to take the panettone off their hands. 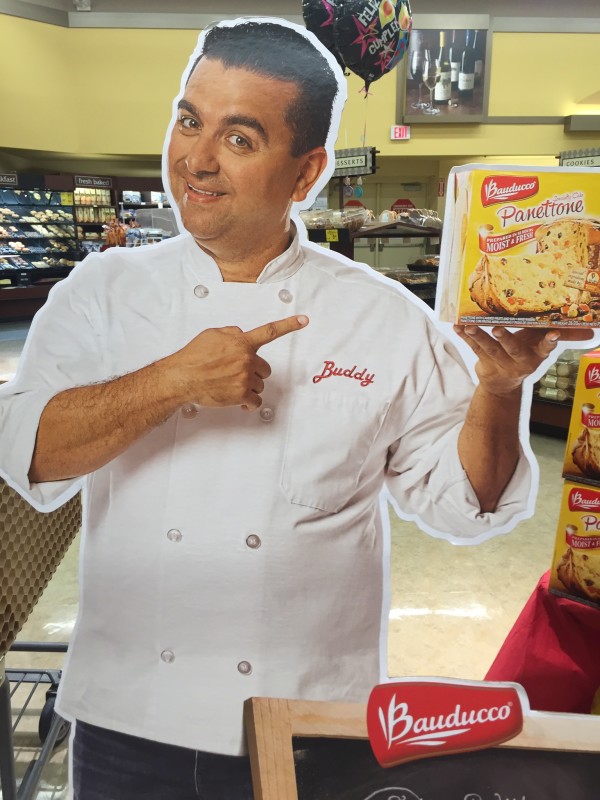 Panettone is filled, for better or worse, with raisins and candied fruit.  Its origins date from 15th century Lombardy. And no, it doesn’t mean “Tony’s bread”. It means “big bread.”

People seem to have a love-hate relationship with panettone. It’s a controversial treat. Some view it through the rosy glasses of childhood. Italian-born Giorgio Armani recently reminisced in Bon Appetit magazine about his early Christmases in Reggio Emilia. “Classic Italian desserts like panettone are simple and sophisticated.” Others look at panettone as a dolled-up fruitcake that you can only choke down if it’s soaked in booze or drizzled with cream. One journalist I read claims a slice of panettone tastes like Ganghi’s flip-flop after three months in the desert. Now, now. But you do have to wonder how a bread could have a “Best By” date of 2073.

If you were  gifted with a panettone this holiday season and you’re not sure what to do with it, have I got a recipe for you. Especially if you like ice cream. And the best part is, you get to enjoy part of the panettone while still being able to toss out the insides. Watch this… 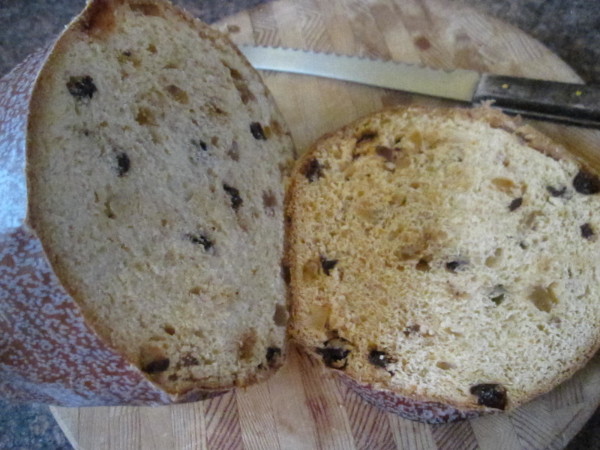 Turn your panettone upside down and cut one inch from the bottom, paper and all. 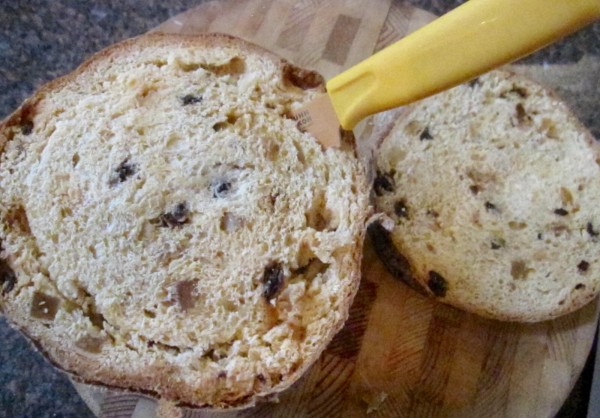 Use a sharp knife to cut one-inch in from the outsides as you prepare to gut the panettone. 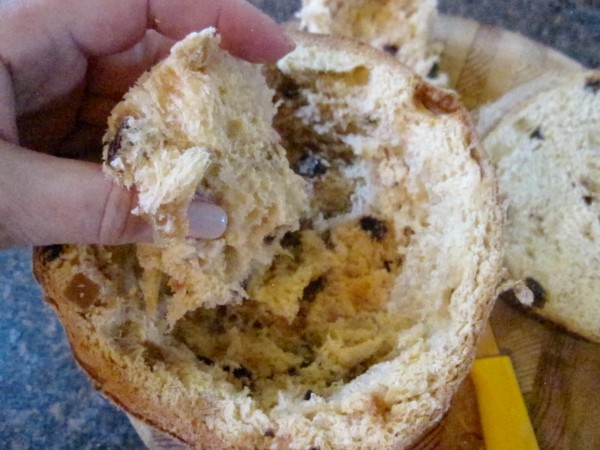 Pull out the insides, leaving your one-inch margins, and use for another occasion or simply toss. Start filling the shell with a layer of softened vanilla ice cream. 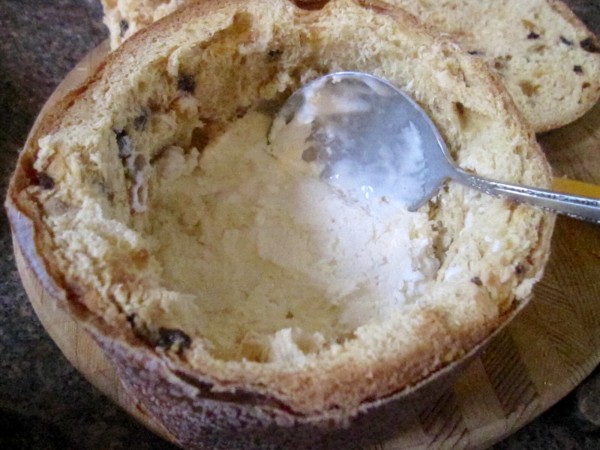 Add a layer of softened chocolate ice cream.  Then add the cherries if you’re using them. 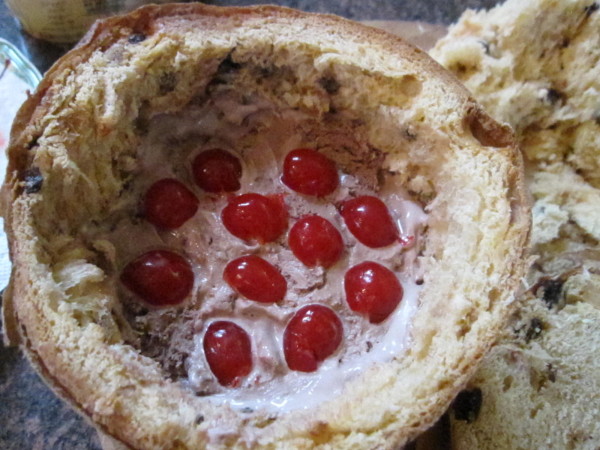 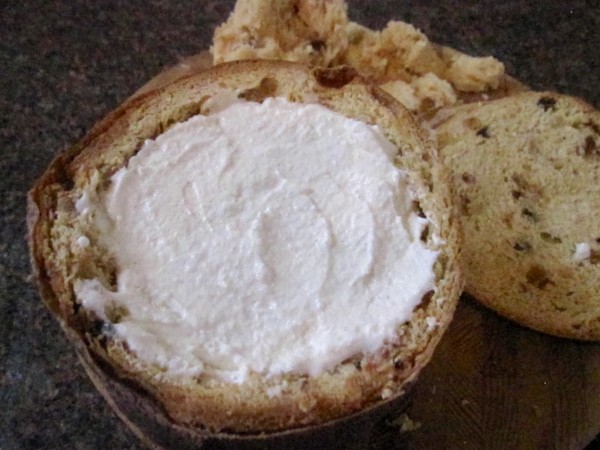 Put the lid back on the panettone, turn it right side up and freeze for at least two hours. 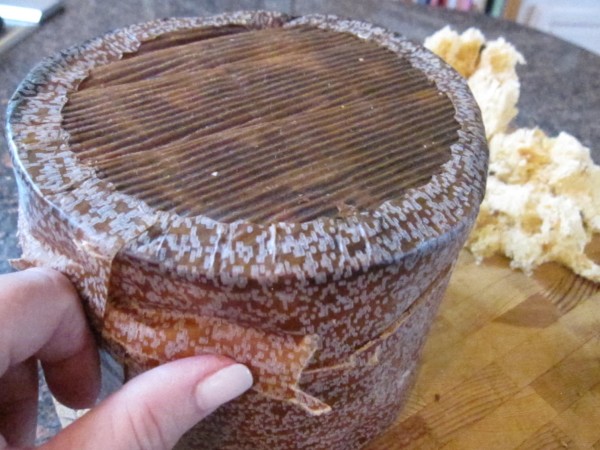 Slice and enjoy. There…that wasn’t so bad. In fact it’s quite good! 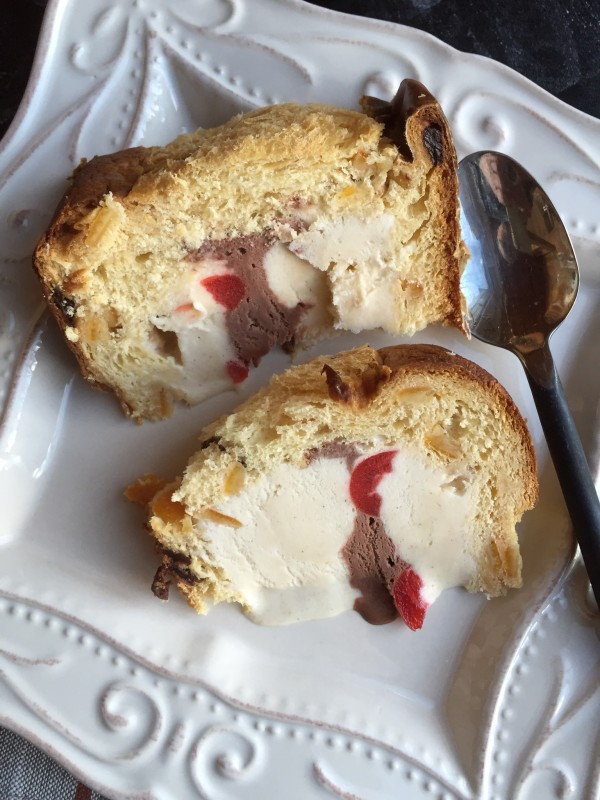