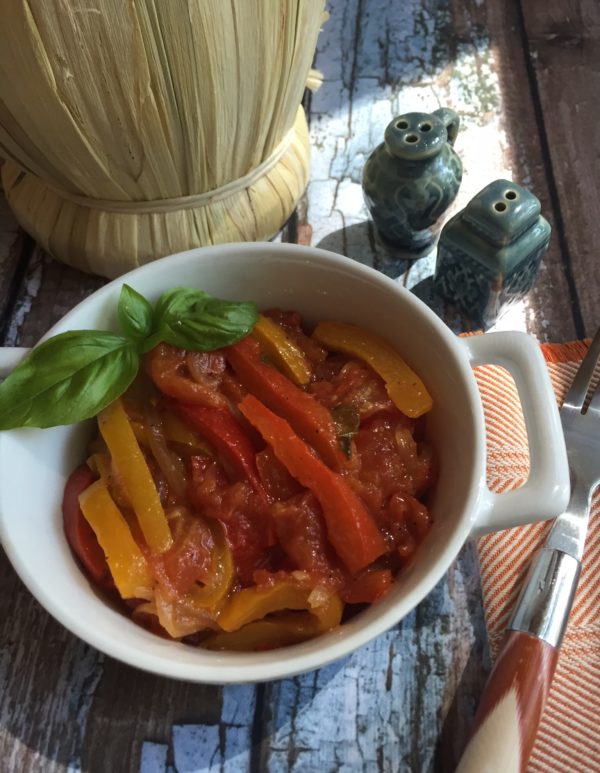 There’s no better or easier way to enjoy colorful sweet peppers than by preparing a dish of peperonata. Braised with tomatoes and onions, this classic Italian dish can be assembled in about 30 minutes, soup to nuts…so to speak.

And a dish of peperonata is so versatile. Serve it hot or at room temperature. It makes a great contorno (side dish) to chicken, veal or fish. It tastes delish folded into a hot, fresh frittata. It looks stunning as part of an antipasto platter. Or…layered into a sub sandwich and tucked underneath some prosciutto and provolone. 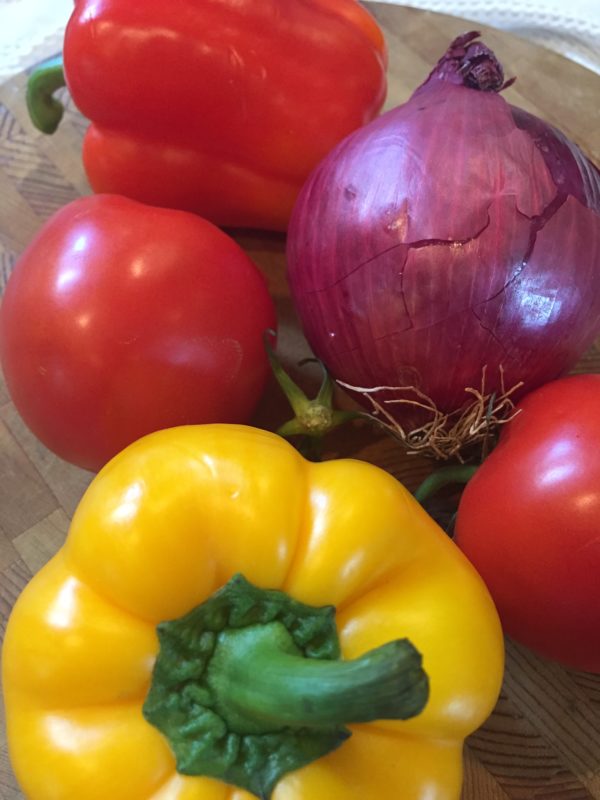 The main ingredients: fresh sweet peppers, ripe tomatoes and pungent red onions. Like potatoes and tomatoes, sweet peppers came to Italy from the New World in the second half of the 16th century. Like tomatoes, they were viewed at first as poisonous, until some brave soul took one for the team and lived! After that, sweet peppers were off and running in the Italian culinary world. Now they’re grown all over Italy though peperonata, rumor has it, originated in Italy’s North. 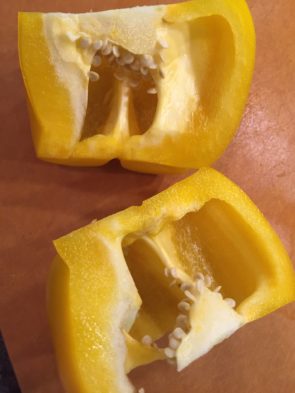 Begin with a good knife and cutting board. Cut the ends off the peppers, then cut them in half. Scoop out the seeds and membrane and slice them up. 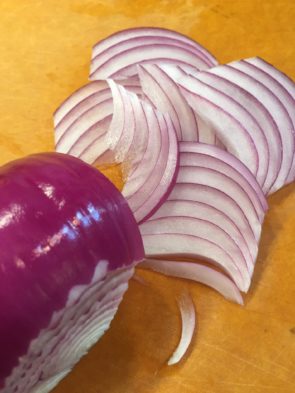 Slice the onion at least a 1/4″ thick so the slices won’t disintegrate while braising. 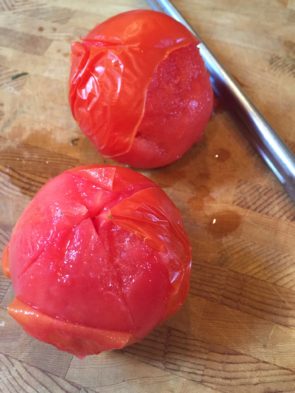 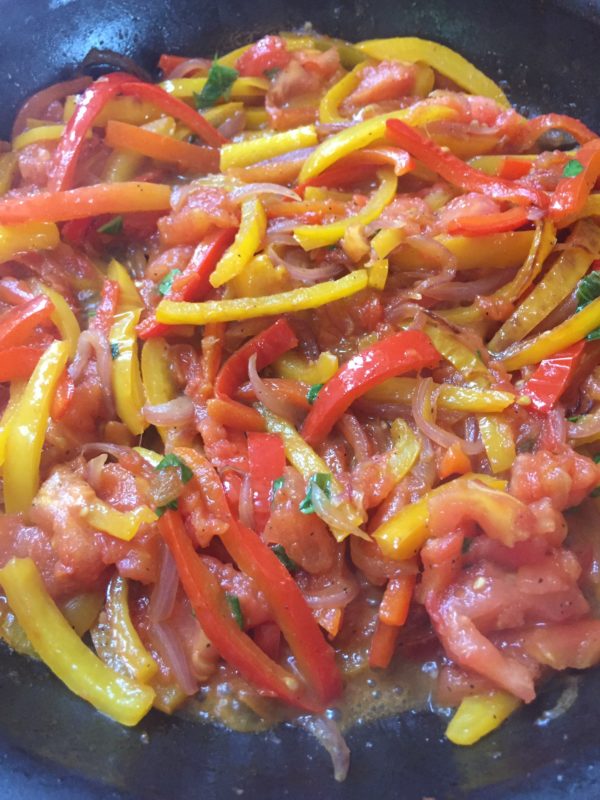 As you braise the ingredients, they will release some fragrant juices that will add to the peperonata flavor.

Variations on this recipe: 1) if you’d rather not eat the skin on the peppers you can scorch it off either by holding the pepper over the flame of your burner or putting the peppers under the broiler. Both methods will blacken the peppers, at which point you let them sit in a paper bag. After they cool, just peel off the skin. 2) You can add chopped garlic to the dish as you braise all the ingredients. 3) You can season the finished dish with a splash of red wine vinegar. Personal choice. Either way it’s all good. 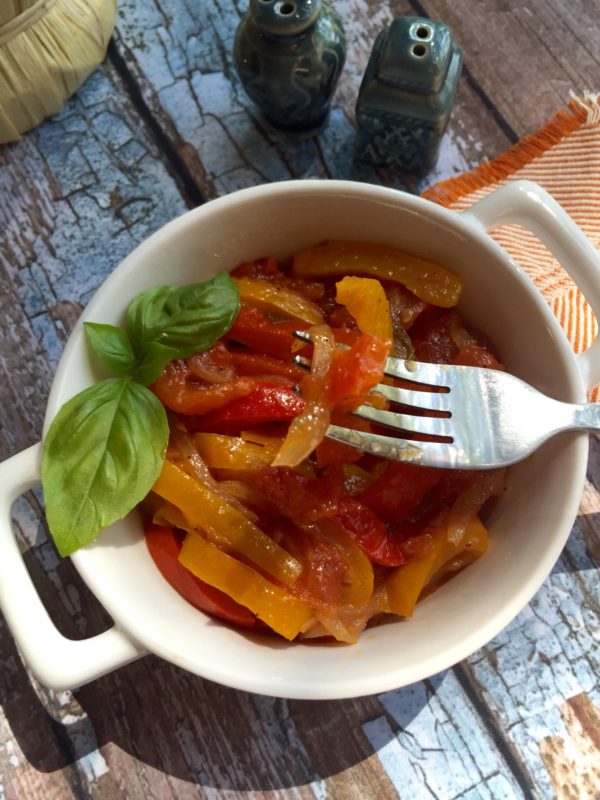 If you love peperonata, be sure to try my recipe for caponata here.