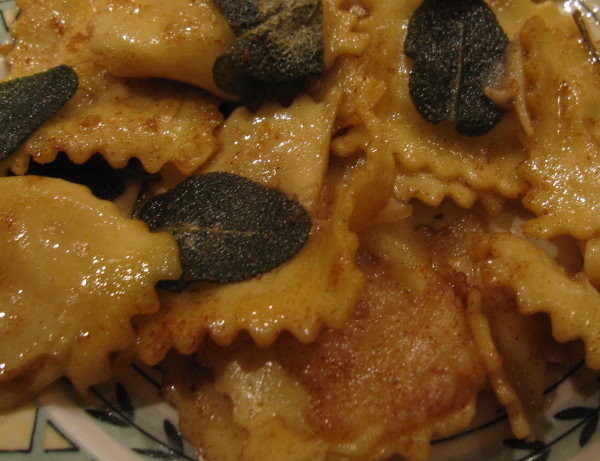 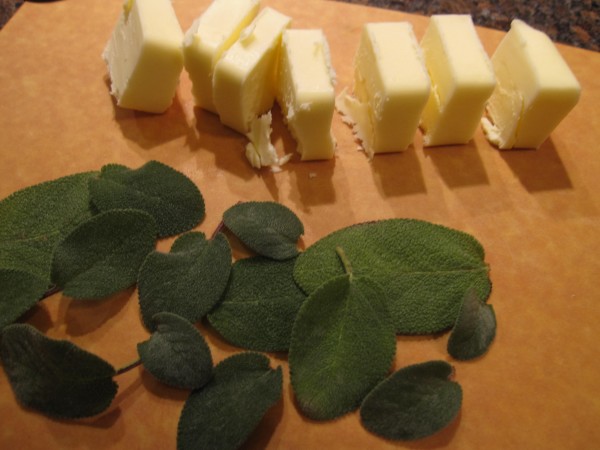 Place the ravioli in a pot of boiling, salted water. Then melt the butter in a large skillet over medium heat until it’s golden. Careful not to let it get too brown or burn. Toss in a handful of fresh sage leaves and stir them a few moments until they’re wilted. I picked this sage from my herb garden earlier in the year. It normally lasts through the winter and then comes back full force in the spring. I was beginning to think sage could survive nuclear war. But this past late winter was so cold, my sage finally threw in the towel. I couldn’t believe it would just up and leave me like that. I just planted some little young-uns about a week ago and already they’ve grown about two inches. 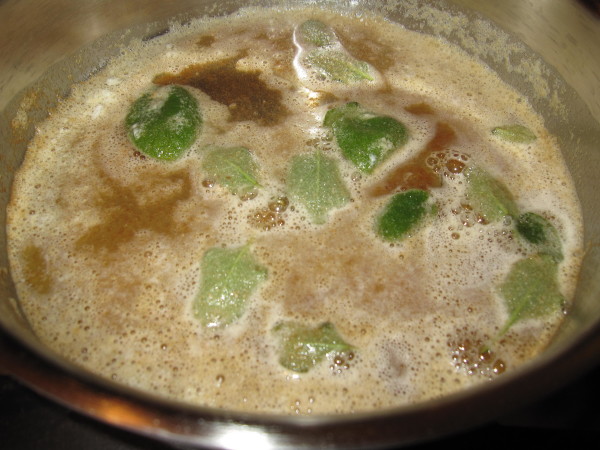 Drain the ravioli well and add them to the butter and sage. Toss gently and serve with parmesan cheese. I won’t kid you, this dish is so rich you’ll want to make another batch four days later when you’re hungry again.